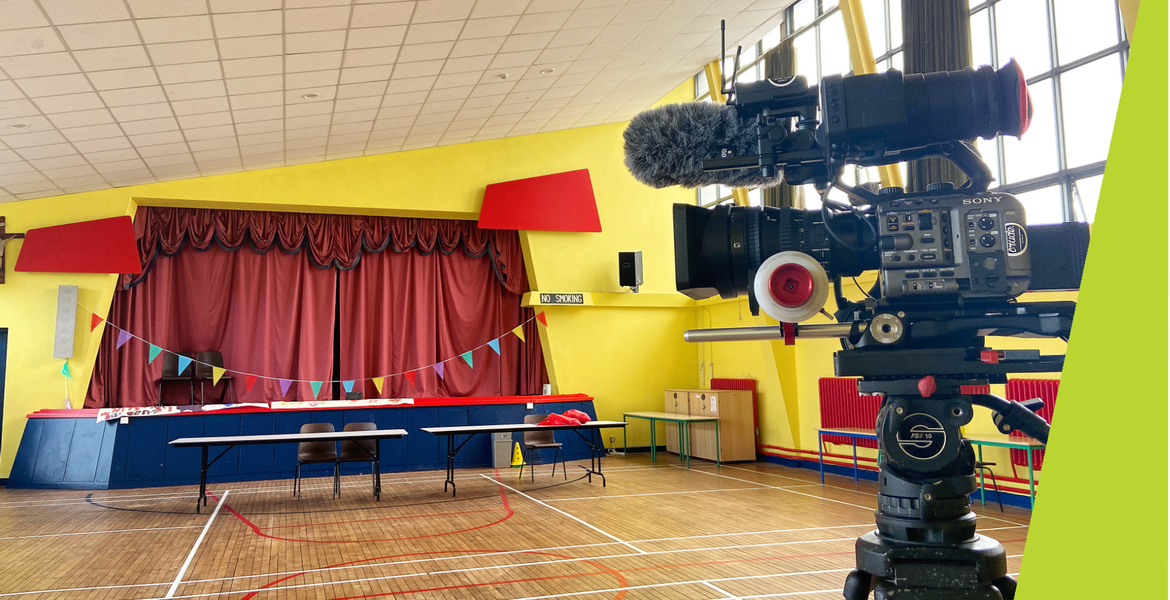 A Conversation with the City

Presented by Limerick architect Peter Carroll, this is an interpretative film which shows the young Devane, operating within economic budgets, adopt the idea of community, inclusion, space and light and implement them in a building designed for children.

OpenHouseLimerick have commissioned a documentary to mark the 70th anniversary of the first Irish building designed by renowned Limerick architect, Andy Devane.

This school, completed in 1951 by Andy Devane of Robinson Keeffe Devane, is not so much a building but rather city fabric. It is unique in its considered response to its urban context, an attribute that is absent in all Devane’s future suburban disencumbered work. Unusually this engagement with designing an urban fabric as opposed to a stand-alone building never featured again in his later projects.

The school resonates and converses at every level with its context: engaging with the city’s medieval wall; reinforcing an old lane that runs through the school; terminating a street with its entrance and modelled plant room chimney; addressing the space of Peter’s Cell; attaching itself to existing stone buildings that form parts of the school; reinstating streets and spaces both within the school and beyond its limits.

Coupled with this, the school is as much a conversation with the built American work of the architect’s former master, Frank Lloyd Wright, under whom Devane studied at Taliesen West from 1946. This school represents one of the first design commissions Devane received on returning to practice in Ireland in 1948.

The economy of construction evident in the school fabric has great richness. The fairfaced unpainted blockwork has a density and life of its own and almost sparkles when lit by sunshine. Every mortar joint in the stack-bonded blockwork has been meticulously weathered to throw any rain away from the block below. Over-sailing eaves and canopies are elegantly articulated to the thinnest of concrete projections Internally bright colours accentuate windows, doors and roof-lights while generous use of terrazzo is employed on stairs and toilet plazas served by central drinking fountains.

This is a school that continues to stand the test of time. Like an integral part of a city’s fabric, you do not notice it. Its architecture is silent. Yet it delights on so many levels in its lively conversation with Limerick City and beyond.

This project is funded by the Arts Council of Ireland's Engaging with Architecture Scheme.

Open House Limerick 2021 is funded by the Arts Council of Ireland, Heritage Council and Limerick City and Council Culture and Arts Office.

Open House Limerick is sponsored by Roadstone and RIAI and supported by the Irish Architecture Foundation, Open House Worldwide and Limerick.ie.