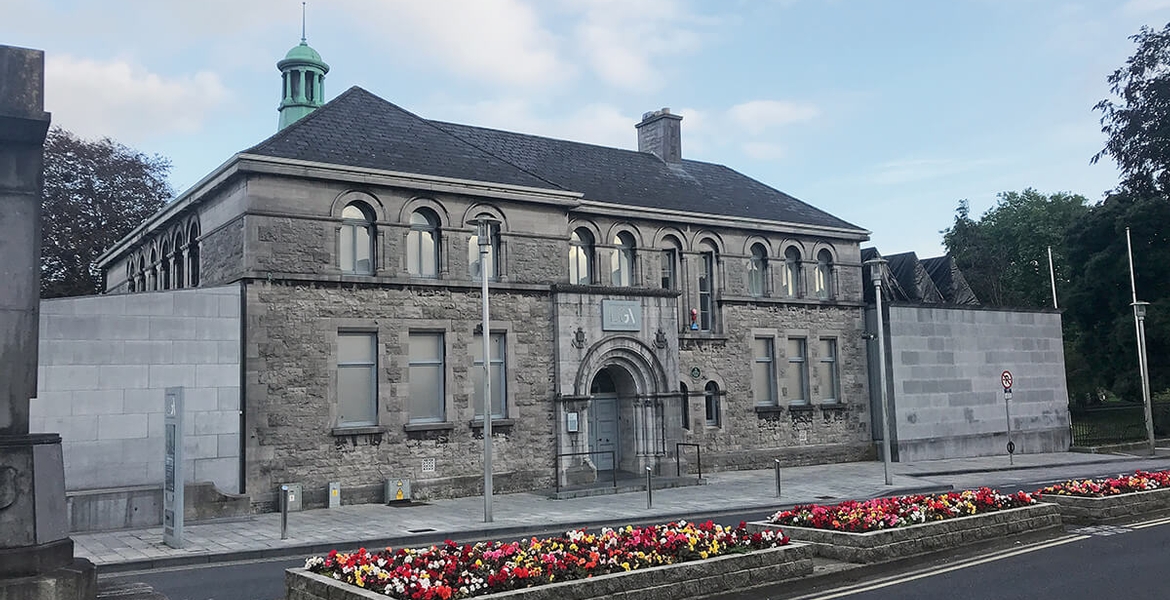 10.30am to 4pm, Saturday October 19th
Call in for information and assistance
Disabled Access

If you have any queries, need any guidance or assistance, be sure to call in to meet an OpenHouse volunteer!

This fine Romanesque inspired former Carnegie library was built in 1916 to the designs of the provincial architect George Patrick Sheridan. Andrew Carnegie was a nineteenth-century industrialist born in Dunfermline in Scotland and his fortune was amassed investing in iron and steel industries in America. The Carnegie Trust was established to fund numerous philanthropic enterprises throughout the world, including the construction of many of Ireland's first public libraries in the early decades of the twentieth century.

George Patrick Sheridan was among a number of architects who were responsible for the design of Carnegie libraries throughout the country. The competition was actually won by George Francis Beckett, in 1903, but the design of Sheridan, placed second, was built. The foundation stone of the library was laid by Andrew Carnegie on the 20th October 1903.